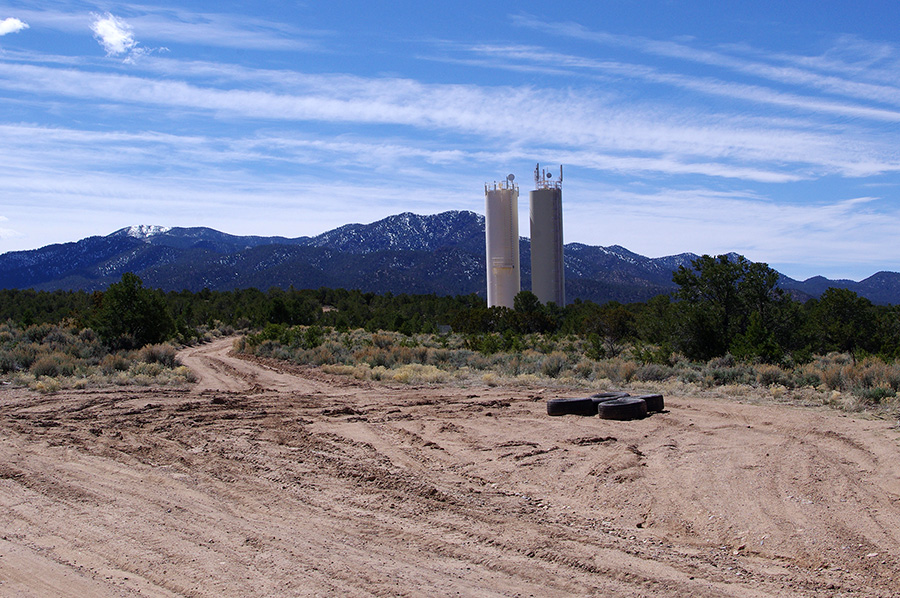 The light today is fabulous »Buy This Photo!«

Yes, that’s true. I haven’t been keeping track, but it’s been about a month. At least someone has arranged the pile so that the tires form a sort of four-leaf clover. Another way of looking at it is that the height of the rubber donation is less than half of what it was. One ought to appreciate the positive in one’s surroundings, yes?

How did I ever get rid of the four tires from my old Nissan 240SX SE, I wonder? The ones that were in the storage unit for so long, back in the early days. (You know, early, when at least a few “content creators” made a living via modem. Aught one, maybe? Aught two?) I must have taken them to the county transfer station just south of San Cristobal. They had a bin there you could put most anything in. One day the attendant offered me a rattlesnake he’d killed. Good eating, was the idea. Anyway, that must be what I did. Wouldn’t have been like me to dump those tires in the arroyo, no sir. That’s all you had to say, though: “in the arroyo…”

Everyone but me knew just where to go.