Moving Toward the Light 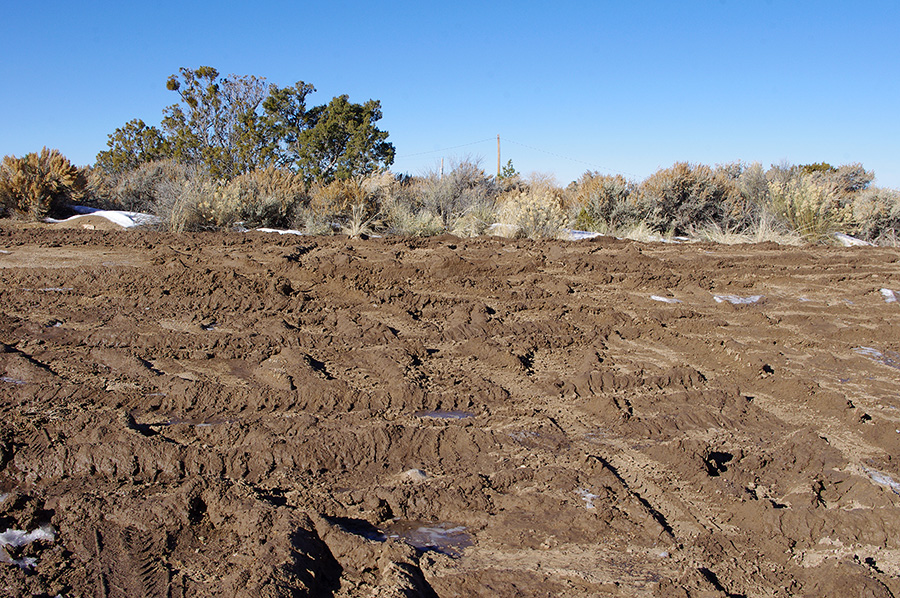 An early morning mist of wood-fire smoke hangs over Taos Valley; the scent of profit tickles realtors and pols awake to send them roaming in the chilly air. Another day in paradise, perhaps. I feel the power rising in my words. This year we will move or hit the road—either one a happy thought—and we will have a home.

My dreams tell me I can no longer afford to luxuriate in negativity. My skill at pointing out what’s wrong with everything has chained me to a drain where all the good stuff disappears, but I’ve learned to recognize those thoughts and give myself a chance. Accordingly, there wasn’t any flinching when my wife declared, “Heavy is out!” before we drove off to see another house.

The neighborhood was okay if you like that sort of thing—a rambling hodge-podge of what agents call “nice” homes (read: Anglo-occupied) on narrow roads above a sea of trailers lower down. I hated it immediately, of course. Out of curiosity, I walked around the house ($263k) and saw it needed work: a gate hung crooked from a busted hinge, here and there a broken board or ugly places in the stucco, overlapping panels on the metal roof where nails and caulk showed inexpert repairs. There were well-established aspens in the front, but they’d had their tops slashed off the way some people do who think that trees are like asparagus. I’ll never understand that, especially in a land where tall leafy trees are such a blessing from the gods. Not good enough for me, at any rate, not for going into debt again. I just won’t buy a house without intrinsic value, something solid that we both adore. New Mexico is gorgeous, but the notion that just “because it’s Taos” makes a difference is for those who don’t grow wiser over time.

Meanwhile, my brother called again last night; no doubt he wonders where his unwritten check has vanished. I didn’t talk to him because I had my phone on mute, so I wouldn’t have to talk to him, of course. Unfortunately for him, this latest struggle is concurrent with the re-appearance of the mud [above], a horror that reminds me of how my pleading with the county resulted in a suggestion that if I made a “contribution,” perhaps a grader might appear. (Yes, that really happened, though I can never prove a thing.) My anger with the one is conflated with the other, and neither of them does me any good.

Explaining to my wife why I hadn’t returned the call resulted in my recollecting the infamous Ukulele Incident a few years ago in Tucson: I was standing with my brother outside our mother’s double-wide next to the industrial dumpster I’d rented for cleaning out the house, showing him our father’s 1930s Gibson round-bodied ukulele he’d picked up in occupied Japan in ’49. “I don’t know what to do with this,” I said. “It’s kind of beat-up, but it isn’t broken…”

And with that he snatched it—high on meth—examined the ukulele for a moment, then smashed it against the heavy metal dumpster! “It is now,” he chortled, “hyuck-hyuck-hyuck!” and I chased him off the property in a white-hot fury. Remembering this last night, I broke into a sob, thinking of the old man happily plunking away on silly little tunes when I was ten years old. My appreciation for John Farr, Sr. has increased in recent weeks, and the memory of my brother’s violent act has much more impact, even relevance. I know the path I’m on is fair. One does the things that must be done.

You might not think that any of this amounts to “moving toward the light.” But sympathy for my long-departed father, holding my brother at a distance with less rancor, focusing on “home” regardless of conditions or my prejudices, and hearing hints of thunder as I type are all fine new developments! The anger seems to dissipate. I even feel better about the mud.