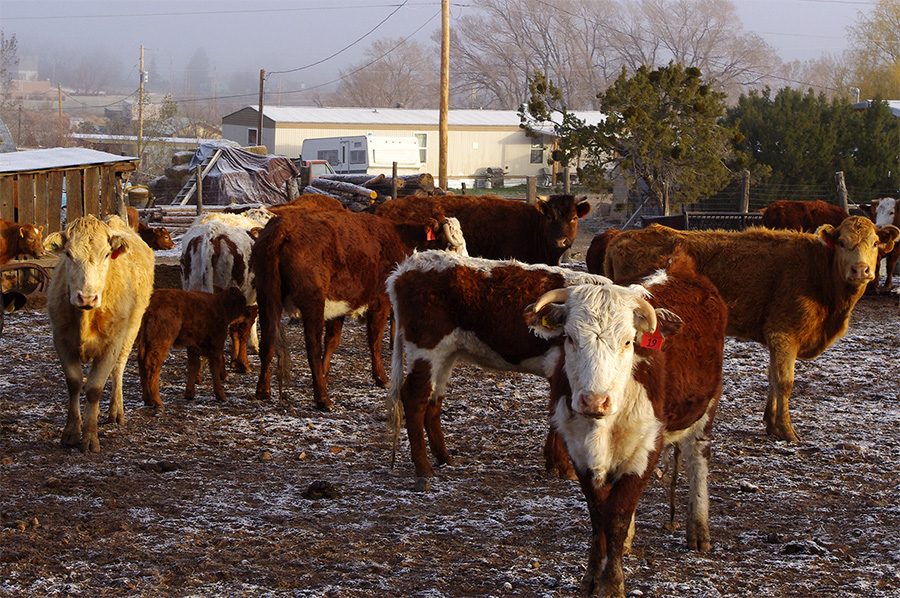 Who the hell are you, they wondered

Sometimes a cow is just a cow, unless it’s a heifer or a freemartin or a cattlebeast. For that matter, these might be steers. (Those are all legitimate terms, by the way.) I usually don’t pay that much attention unless we’re talking about bulls or have to steal some milk. In that case, you’d better get it straight. The only certain thing is that most of these will end up on a bun, which makes me sad and hungry.

For someone who doesn’t know much about them, I have a special relationship with cows. Er, cattle. Everywhere I’ve ever lived, if there are bovines on the other side of a fence, I’ll go up to them and try to communicate in cow-speak! (The beasts above were very paranoid, however.) Once when I was just a lad, my great-uncle Herbert in New Hampshire showed me how to milk one. I’ll never forget the sound of the stream of milk hitting the bottom of the metal bucket or how it steamed in the cold air in the barn. Later he sat me up on top of one (below). That’s him with Mrs. Ellsworth, his “housekeeper.” They were something of a scandal, but that’s the way it was with him. Quite the man, my granny’s older brother. 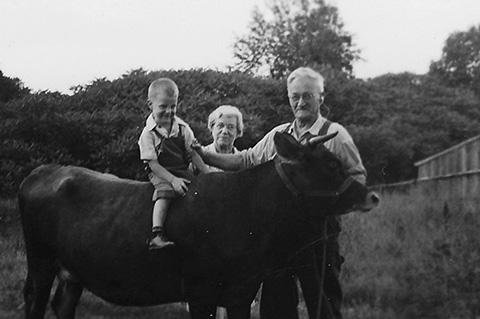 I was surprised how warm the cow’s back was

When we first moved to New Mexico, we lived in the tiny mountain village of San Cristobal. (The rest of America has absolutely no idea what that’s like, but check out Buffalo Lights for enlightenment.) Everything is different here, even the ungulates. I’d always see these awful-looking cattle in a wretched field and finally asked our landlady about them. Here’s a third-person narrative I wrote at the time:

“Those are THE cows,” his landlady explained.

He’d wondered about them, the small herd of a dozen or so rough-edged beasts he saw nearly every day. They were not quite like any others he’d ever seen, with their thick, curly, dust-colored hair, “nappy” as she described them, and their nasty-looking horns. They usually hung out just behind the rusty wire fence on the south side of the dirt road leading up the valley. Every evening a woman came down the hill with a bale of hay in a wheelbarrow and heaved their dinner into the near end of the narrow little pasture. The ground here was bare except for cowflops and a few rusty pieces of machinery—an old truck axle, a wheel or two, and three-fourths of a dead tractor. But the cows didn’t seem to mind.

“They’re descendents of the original herd brought over by the first Spanish settlers,” she continued. “An old breed they’ve kept going all this time.” Well, no wonder! That accounted for the scruffy, wild, yet tired look these bovines had. THE cows, indeed.