Okay, I Think I’ve Got it Now 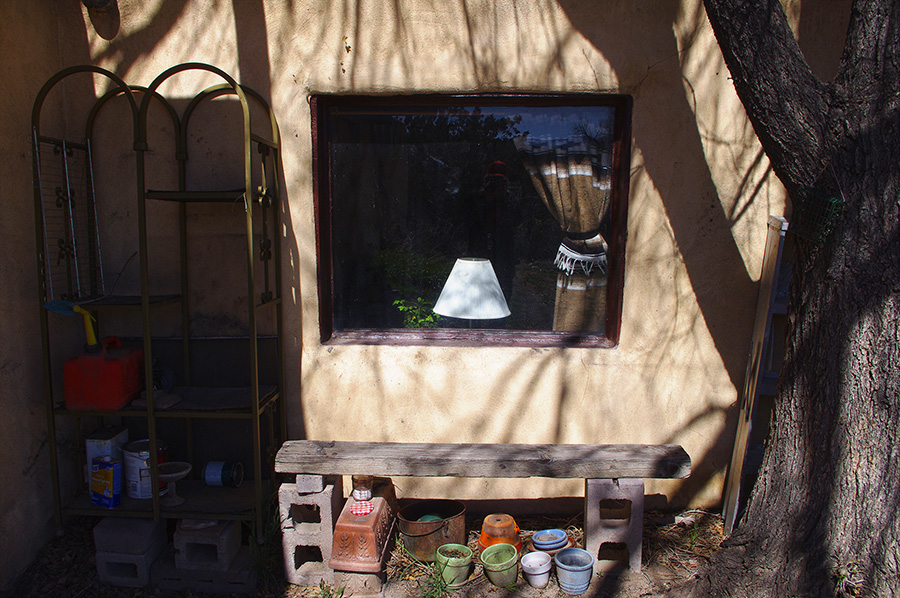 What, you don’t keep your gasoline & paint thinner on a shelf outdoors?

Is this just monkey brain or something else? I’m having the oddest reaction to accumulating enough minor inheritances for a down payment on a house. Namely, I want to keep it! Or is this a reaction to where we are?

There’s an article in the latest Taos News by a most unhappy woman that anyone contemplating moving here should read (and don’t forget the comments). It’s quite negative and mostly true, although I never would have built a house where she did. The thing is, the Taos housing scene is looney-tunes. From what I read, that’s pretty much the case most places, and I’m very much aware that reality is malleable and shapes itself to meet our expectations… As in, if I think we’ll never find ourselves a house, then we’ll never find ourselves a house. Ba-dump-bump.

That’s the way it goes.

I’m also at a point where life is opening up for me, age be damned. For once, I’m not worried about money or the future. This is entirely a reflection of personal psychology and spiritual evolution. There’s nothing I can point to and say, “See?” But I feel good. And we’re healthy and we have a little money in the bank. We don’t have all our savings in a house that we could never sell again for what we paid. We could still escape.

Taos is going nowhere, in a sense. The government estimates that after dropping the year before, county population ticked up slightly from July 1, 2012 through July 1, 2013. The sagebrush mesas are covered with decent homes for sale that sit and sit because they’re in the sagebrush, cost too much, and no one’s moving here to start a family. The only newcomers now are rich retirees, and there are enough of them to pass the fancy houses off to other buyers when they get bored or die. So what?

I say all this as neutrally as possible. I like places that aren’t “going” anywhere, and Taos has astonishing wild surroundings and cultural heritage enough to make up for nearly anything. The air alone may be worth blowing up your life for. It’s ruined me for normal and I’m sort of, kind of, stuck…

A couple of nights ago, I stood at the foot of the bed and boasted, “This is my time!”

“It’s time…” she replied, lifting her gaze from her book to drill me right between the eyes, as sardonic as Iowa ever gets. We shared a chuckle, and the world was new.

This morning I gave her a hug and said, “We’re fine, don’t worry.”

“About what?” she asked.

“About where we are, and finding a better place to live.”

I meant it, too, the lunacy will surely end. She hugged me back but looked up with eyes I’ve seen in videos of refugees!

I sympathize completely. As the one who followed me, essentially, she’s waited more than long enough. If we were someplace else with cheaper real estate and value for the price, a lot of burdens might just disappear. But I’m the guy with dreams and thunder in his head. What’s even worse, I trust myself. We can do anything, by God. I’m not afraid. The question then becomes, since I’m the most intractable and crazy, well sonny boy, what the hell ya wanna do? Really, REALLY wanna do?

Write like no one’s ever done before. Be the one that I was born to be and take good care of us. Have some fun and maybe move. There’s a whole platoon of guardian angels working for me now. Show me where to go, I’m listening.

(Got the hat, so y’all can start right here.)

Next post: If Your Sky Does This, You Win