The Road to Carson (+Video) 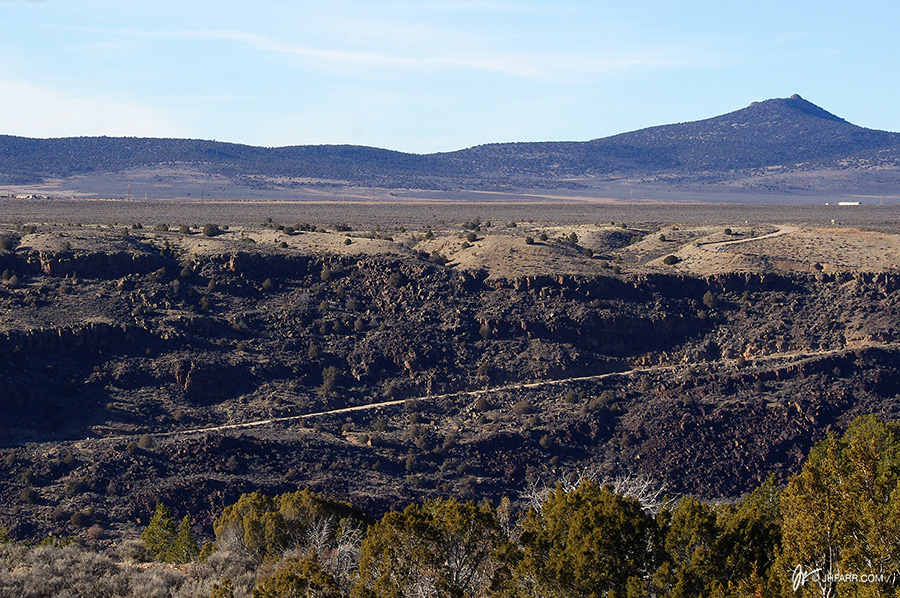 Presented for your edification and amusement, at least a portion of New Mexico State Road 567 climbing the wall of the Rio Grande Gorge after crossing at the Taos Junction Bridge on the way to Carson, shot from somewhere on the Rift Valley Trail at Taos Valley Overlook. Looks straight, doesn’t it? Hahaha. I used to think this was the worst road around here until somebody drove me up the other side of the John Dunne Bridge, good God!

Meanwhile, I realized I had a video from a few years back when I was driving down SR 567—right to left looking at the photo above—so it certainly belongs here. (Longtime readers may have seen the video before.) This is a hand-held wonder shake-a-rama deal, and I also helpfully speeded up the action here and there. The soundtrack is a snippet of an old solo jam of mine on the old ES-335 12-string.

Whatever else that is, it has to be the quickest descent from the top of the gorge to the bottom not executed by base jumper or suicide victim. I’m kind of proud.

Next post: Taos Mountain When the Cold Blew In