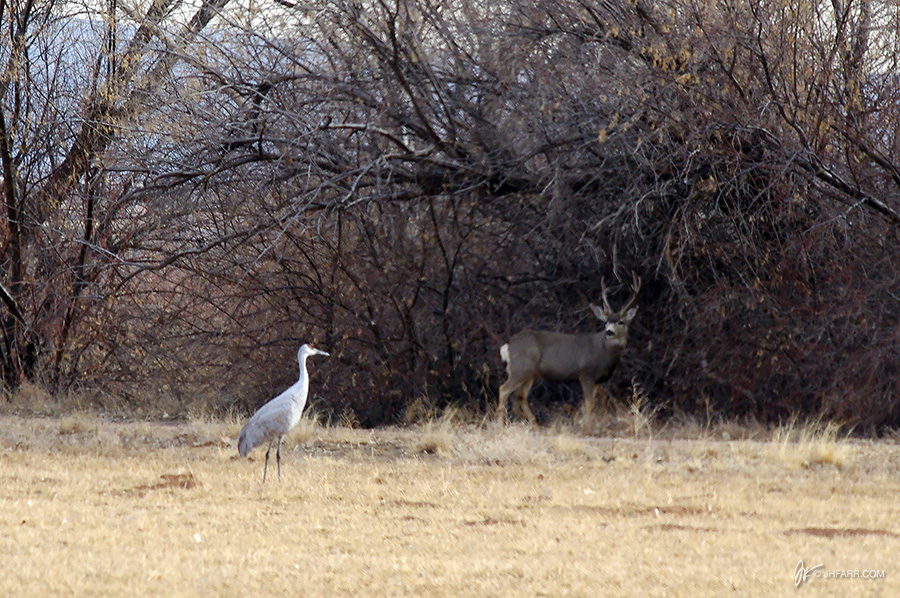 Just a little something to start your day! This is from the Bernardo Wildlife Area, taken last Thursday. There were actually three deer in a field when several sandhill cranes landed nearby. The male deer retreated to the edge of the woods while the birds mingled among the does, and after a little hesitation—see above—both species simply ignored each other. An amazing scene, at any rate.

My apologies for the picture quality, however. The automatic focus was acting up at that particular moment, and I never got the shot I wanted. The most dramatic scene of all, with the cranes swooping right in behind all three deer, is massively out of focus. This one is at least viewable, although still not up to par.