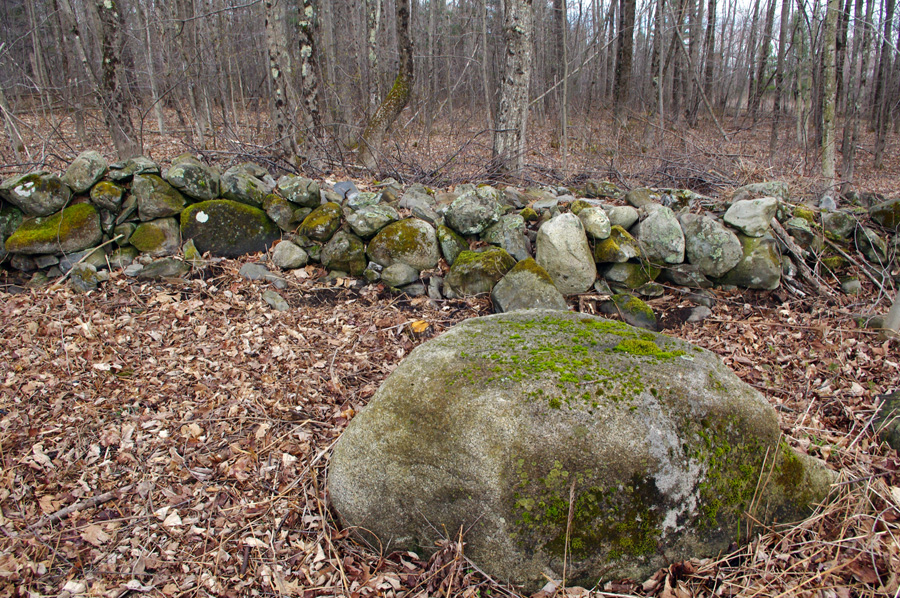 Where to begin? The way I was raised and taught to be a paranoid sonofabitch, or how God, the fates, whatever compelled me into confrontation with my shadow? Let’s just see, shall we?

My 99-year-old Aunt Mary finally shed her mortal coil on April 1 up in Maine, a long way from Taos and another world entirely. As it turns out, I inherited all her tangible property (as explained earlier). Two days ago that feel like a lifetime removed, I plunked down over $1,200 for air fare, car rental, and incidentals to come up here and see just what there was. A-yuh, I’m in Maine… My aunt’s trustee was kind enough to let me stay in the house, a typical old Cape Cod on 32 acres of land outside of Augusta. It should go without saying that this is as different from New Mexico as Mars would be. No, wait—Mars is like New Mexico, according to the photos. But you get my drift.

It’s very hilly here—they call them “mountains”—and almost completely covered with trees. It’s also very wet, with ponds and bogs all over the place. The Interstate has signs warning to “Watch for moose in roadway.” Everywhere you walk in the woods are stones and boulders under the leaves. That is of course why you see rock walls and stone “fences” along the roads. It must have been pure hell to clear the land for farming in the old days—I can’t imagine how they did it or how they survived the brutal winters. I’ve found photos of my aunt’s house surrounded by waist-deep snow and drifts that would have come up to my chest. No wonder the water never goes away! In fact, I walked back in the woods and found at least half a dozen spring-fed streams. No one ever mentioned these, because to them it’s nothing special. 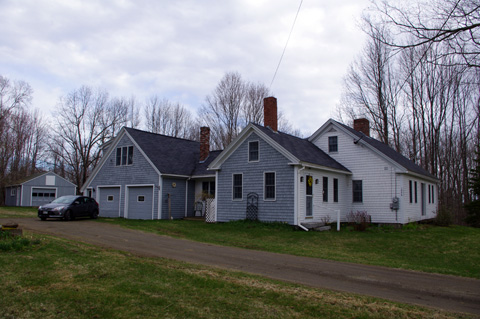 Suffice it to say that I was quite suspicious and always have been. My aunt’s trustee was also her guardian and financial advisor, a combination that raises eyebrows in most quarters but apparently not in Maine. Perhaps the relative isolation Down East meant that people had to fend the best they could and play whatever roles there were. In any event, I spent years in deep resentment over being “cheated,” one way or the other, by this arrangement, figuring that any inheritance would never see the light of day. In fact, when I was suffering mightily all alone in Taos, living on credit cards and wretchedness and hoping for an early pay-out, the old lady fell and hit her head on a rock, forcing her guardian to deny me this frail hope so that the money could go to taking care of her. My aunt, for all her good deeds and intentions, was also inexplicably cruel and tactless from time to time and hurt me very much over the years. (I’m sure her friends in Maine know nothing of this.)

Since the same can easily be said for her two brothers, we have a constellation here of pain and ugliness that dovetailed with my mother’s craziness and made my life a living hell these last two decades whenever I allowed it. Longer than that, actually, given that my parents fought like rabid animals and scared the shit out of all us siblings and our spouses. (I had to talk my brother’s wife out of fleeing on her first visit!) In short, I had a chip the size of Arizona on my shoulders. It’s been there all my life.

Imagine my surprise, then, when meeting said trustee, guardian, and financial advisor and encountering a sane, good-humored soul. He even invited me to a potluck supper at the local Grange hall. (I hope you know about the Grange. The picture at that link is exactly like the locale in question!) Never one to let a good chip go to waste, I was bent on bailing out and going to a bar in downtown Augusta for booze and bar food, but my Iowa-born wife told me that I “had to go”… I didn’t really want to, but I know my lover never lies, and the invitation was sincere. Sigh. What, ME go meet a bunch of folks in rural Maine I’d never seen before? Sigh. Okay. The fact that I was starving made a difference too, so off I went.

Normal humans wouldn’t be surprised, but it was a perfectly all right. A small and friendly gathering, maybe 22 in all. So-called chili, salad, cole slaw, chicken salad, coffee and desert, American as hell. Like other folks I’ve met in Maine, everyone was smiling, friendly, open, and utterly without guile. There was a huge fellow with a beard and longer hair than mine who laughed and shook my hand. [Note: I found out later he’s a philosophy professor at a nearby branch of the U. of Maine.] I sat with little old ladies, a few young people, and my new friend who I hope has never read any of my early blog posts. It was very much like being with anyone I’ve known for years. You have to understand that all of this was rather shocking to me (being crazy and all), which these people never would have understood, but at least I’m good at shifting gears. I even had a tour of the Grange Hall and wore out all my “wows.”

There was a space upstairs that had a stage. The hand-painted curtain dated from 1910. (My guide said there’s a company that goes all over New England restoring these, and this one needs attention.) There were handmade footlights made of ordinary light bulbs covered with battered pieces of tin, and yes, they have theatrical productions there. I loved it! All this in a tiny village with a little store across the road. Not a mall or four-lane highway anywhere in sight, just like el Norte. If anything, the place resembled where I came from on the Eastern Shore of Maryland. I fairly reeled in my relief. If I wanted to live there—sorry, no, my destiny lies elsewhere—I’d fit right in, I’m sure.

Oh, so most of my adult life has been a nightmare with no basis in reality? No shit, Sherlock. This is more than just a little bonkers! Everything about me is all wrapped up in a lie, but maybe now it doesn’t matter. Just what was the point of being brought up to aim low and hate myself?!?