Old Taos (in the Snow), Again 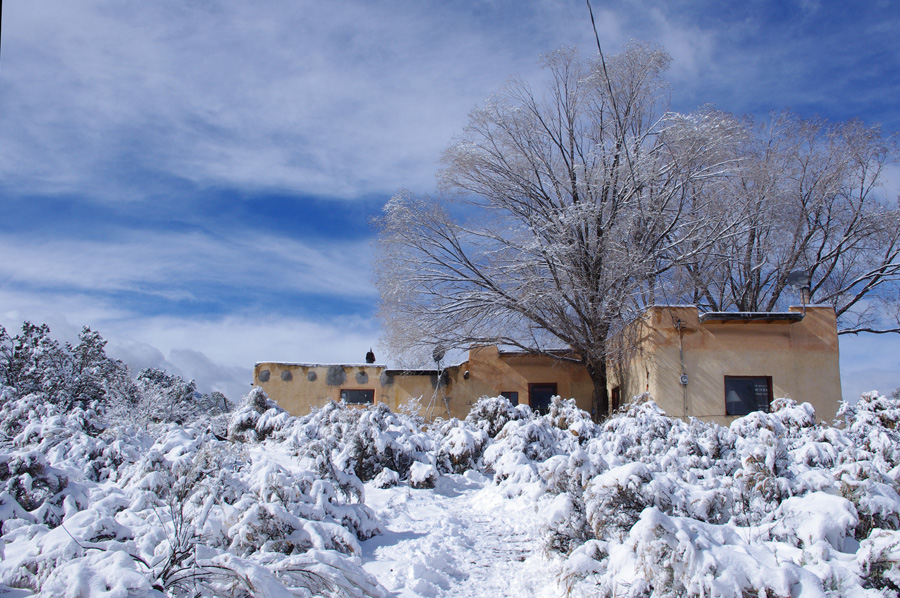 My desk is by the window with the lamp

Oh, it’s old, all right. Taos is really old. Back East, people often act as if there wasn’t any history before the English—one can only wonder why—but here the millennia get in your face.

Aside from whoever showed up with armed Spanish expeditions, many early European settlers were actually Sephardic Jews chased out of Spain (and Portugal) after 1492 who first sought refuge in Mexico and then fled to the farthest reaches of the empire, i.e. present-day el Norte, when the Inquisition came to New Spain in 1536 or so. And of course, the country wasn’t vacant. Up and down the Rio Grande stood Native pueblos full of people whose ancestors had been here for thousands of years already. Some of the latter died of thirst or maybe ate each other. When that feels right, then you know Taos!

No place for the young, not really. Just living here can make you ancient. The rocks in the gorge are billions of years old, how can one forget? Eternity is, well, eternal—at night, the spirits pull your covers off and leave you shivering in the dark. Easy to get stuck here in that awful Taos time warp where Comanches ride through town and steal the servant girls.

It’s getting worse, too. Every audience a sea of gray. Gatherings like hostage parties on a UFO.