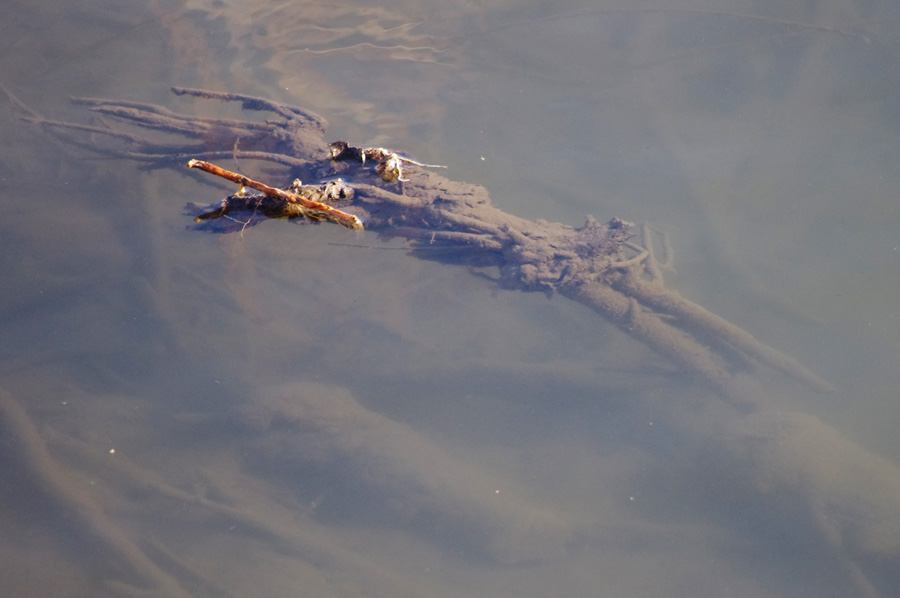 Debris in the Rio Grande shallows at Pilar

This is not a good day. I feel like I just murdered my brother. How? By sending him $100. Just enough to buy a cheap pistol and do himself in, or worse, hurt somebody else.

He’s a methamphetamine addict, almost 62 years old. His Social Security payments start in about three months, if he makes it that long. Last night he emailed me that he had $0 in his checking account. He owns his own home, a run-down single-wide that used to belong to our mother. I transferred it to him in the process of settling our mother’s estate. He’s on food stamps, and his monthly expenses are less than $500, even lower if he cut out the Dish TV and a few other things. Last August I gave him $17,500, his equal share of the last inheritance distribution I will likely make as trustee. Do the math: with 10 months to get through until steady income from Social Security—he has no job or income whatsoever—that was plenty to get by on. He lasted seven months.

It’s been like this all of his life. According to him—which may not be accurate—he had “a couple thousand” as of 60 days ago. For him to be dead broke now means he’s been tweaking and paying for sex right up until the end. He probably has no money for gasoline. They’ll cut off his utilities any minute. He never held anything back to prepare for this moment. Instead, I get the email about him “going under.” A plea for help, and I can’t give it. Oh, I have the money—not much, but some—but my wife and I are living close to the edge ourselves. Until I write more books, we need that for emergencies, rental deposits, moving expenses, whatever. My other two siblings are better off than I am, but not by much (although they do have homes), and decades of trouble with this one have taken their toll. They can’t save him, either. He’ll have to do it himself.

So I sent him $100. He needs a couple thousand, at least, but that would only help him if he stayed straight. As I wrote the check, I came apart at the seams. It was like I was killing him. I know that’s not true, but that’s how it felt. I feel like I let our parents down and failed as a big brother. That’s not true either, but this is family here.

You pay a price, no matter what.