Ten Years Out and Nothing’s Changed 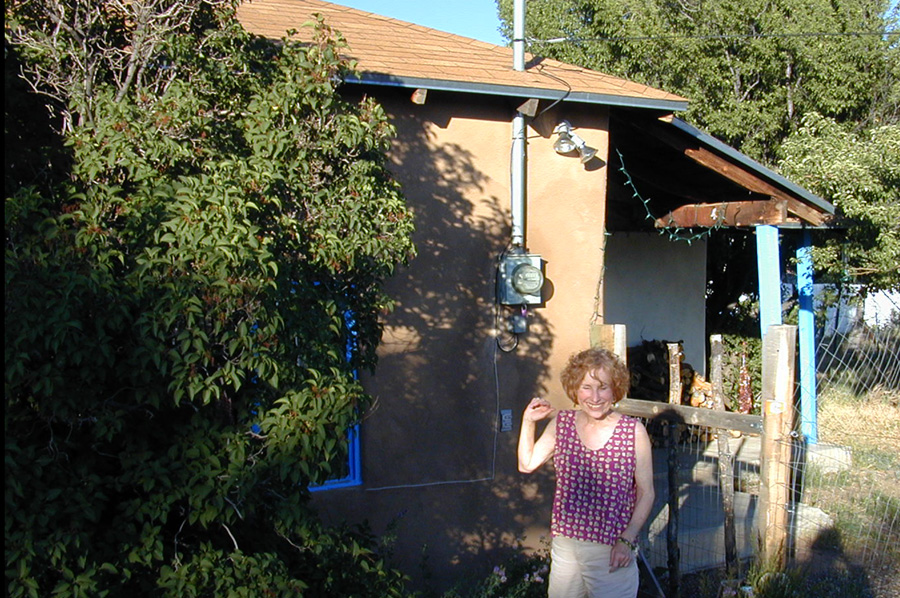 NOTE: I’ve got a good one for you here, an essay I published online back in July, 2003 when my wife was getting ready to move to Dubuque to take a job. Originally entitled “Stop Me if You’ve Heard These,” what made me think of it was a Craigslist ad posted by an ex-military guy pining for some “rustic mountain living.”

“I was just in Taos for the past 2 days ( Feb. 18 &19 ) to look at rentals I had set up to view but was very surprised when I realized the places I was being shown were not at all what was illustrated in the pictures online and descriptions I had read here on Craigslist.”

I think he’ll find his spot. Single with three dogs, how can he miss? Sounds like Taos all the way. Whoever you are, my friend, this tale’s for you! – JHF

I literally couldn’t sleep the night before, thinking about how I’d arrange things in my new home.

There were questions, mainly about the inside, but I was already riding a mountain bike to town in the movie in my mind. Too bad, because the next day I actually saw the place, ai-yi-yi! The “washer/dryer” turned out to be two strange tiny things that looked like they’d been salvaged from a 30- year-old RV—I had about as much confidence in them as I did in the window that wouldn’t open. The absolutely vital wood stove was small, cheap, and awkward. Rough, in other words, even discounting the other tenant’s two dead cars, motorcycle parts, and opened garbage bags thoughtfully stored under nearby bushes.

Straining mightily to still like the duplex, I heard the agent say that the owner wanted the equivalent of three month’s rent from me to move in. What’s more, he also wanted a credit check and credit report, of all the nerve! Nonetheless, with a whole day’s worth of fantasies at stake, I was still hanging on by a thread. Make sure the property isn’t on the market, I remembered. Surely it couldn’t be, since we’d come this far without that being mentioned, but I asked anyway:

“Yes, the duplex is for sale.” The thread snapped. (Taos!)

The next thing I did was ask, all innocence and light, why we’d been talking about an onerous 12-month lease if the property was up for sale… Amazingly, the contradiction seemed not to have occurred to her before I mentioned it. “I guess I’ll have to consult with the owner and get back to you on that,” she said. Three weeks later, I still hadn’t heard.

Ever persistent, a few days ago I thought I’d scored the ultimate Taos triumph: a 100-year-old adobe with foot-thick walls, portal, and a great big yard, all tucked away in a quiet little spot behind a cemetery. It even had a wood stove like I wanted. I was so overcome with joy, I didn’t notice the matted dog hair on the carpets. The “strike zone windows” were absurdly low, however, the tops coming to my chest. Either the builders had been awfully short, or the decking added later over the original mud floors was too high. The current owner had also covered up the vigas, effectively lowering the ceiling, which I could easily touch without stretching.

 I called back and said I wanted the place, but overnight I fretted about the windows. The thought of a house I couldn’t look out of unless I stooped was rather disconcerting, to say the least, so the next day I went back for another look. It wasn’t so bad, I tried to tell myself, although there really was a lot of dog hair and all the window screens were ripped. I bent down low and figured out that even if I could look out from a seated position, there wasn’t anything to see except a pile of rotting latillas and a totaled Tempo with Colorado plates. Aw, man.

My wife was outside, checking out the yard, when suddenly she screamed: in a small tree by the south bedroom window was a SEVERED DEER’S HEAD! I don’t mean a skull, I mean a full-blown head, maybe three weeks old, with the skin still attached and buzzing with flies. The neck, still fleshy, was torn and ragged, as if a drunk had cut off the head with an old chain saw. I had no explanation for the macabre discovery, but the head was firmly wired into the lower branches of the tree and so intentionally placed. There’s some serious boojum in this part of the world, you know (or maybe you don’t). In any case, we in the business call that a “bad sign.”

You know what? Three acres and a yurt is sounding better all the time!