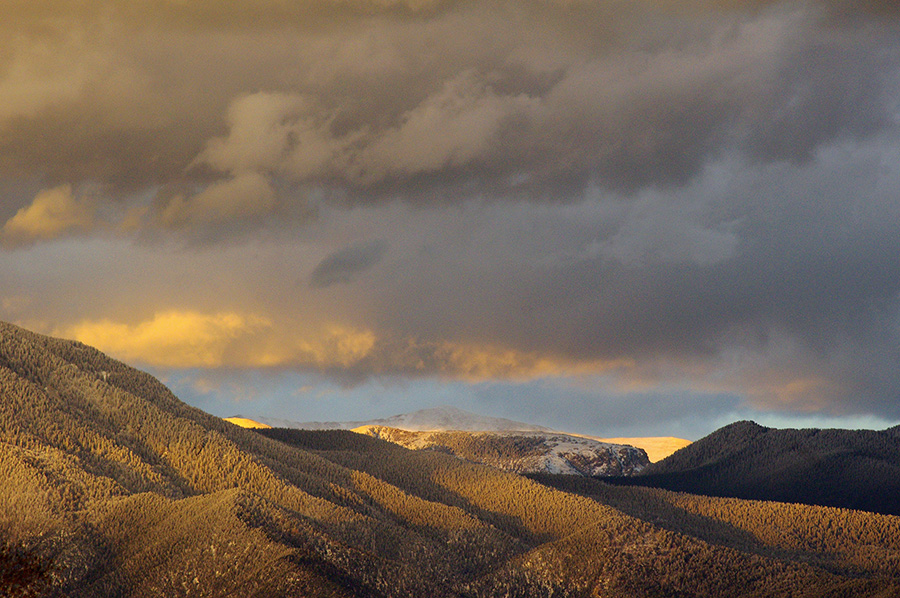 Nothing made by humans in this view

You don’t know what this is until you see it and it’s gonna get you. Just let your eye be drawn to dead lower center in the shadows, in between the bands of sunlight. I didn’t see it until I opened the image on my iMac. It’s Old Mike Peak at 13,113 feet! Solid rock [...]

The Doom of Unpolluted Joy 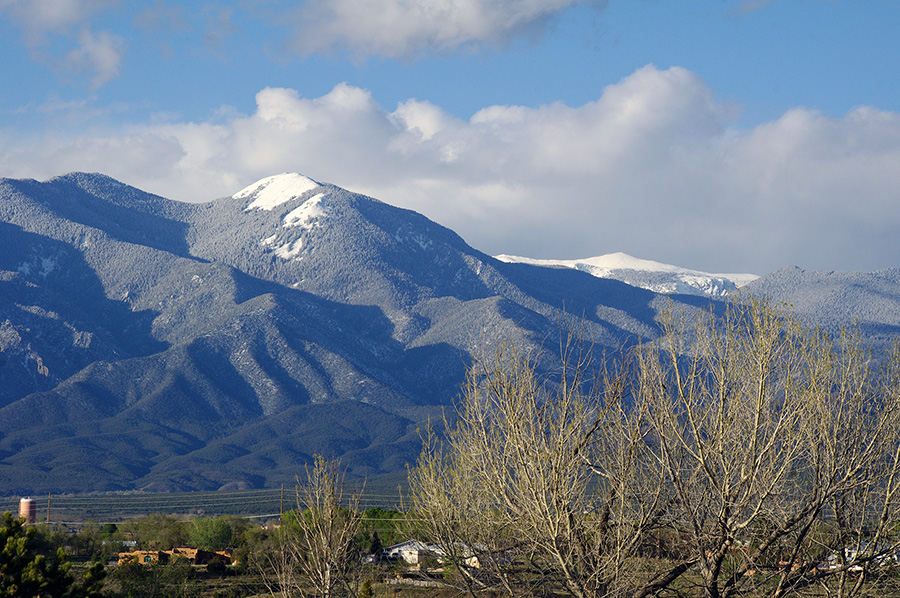 “But it’s May,” she wailed, as the snow came down last night. “May twelfth!” She had me there. The price for breathing some of the cleanest air in North America (when it isn’t dusty and the forest doesn’t burn) is having “spring” become a dirty word, as in, “The sheep got through the winter fine [...]