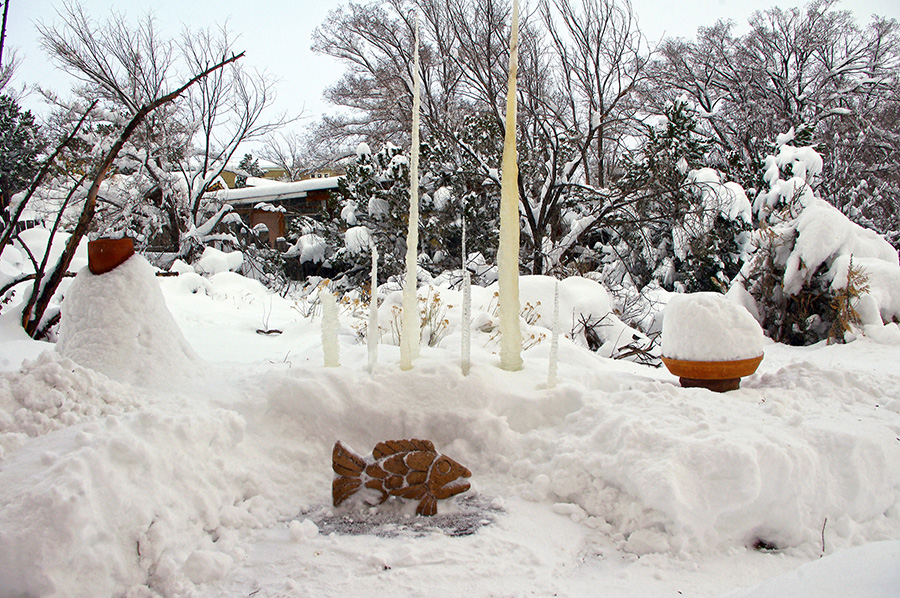 Birdbath on the right, chimenea on the left »Buy This Photo!«

Now see, it wouldn’t have worked without a lot of snow. How else would I have stood them on their ends? This scene from last week shows what I built with the giant icicles I broke off the canales (roof drains)—one over seven feet long—to let the meltwater run off faster. A little less of [...]

Some of the plums had already fallen, so I knew the others were ready to pick. As I stood there pulling them into the colander one by two, I heard the steady, whispered “whoop, whoop, whoop” of raven wings. At beat four he flew overhead and whoop-whooped out of sight. There were a lot of [...]