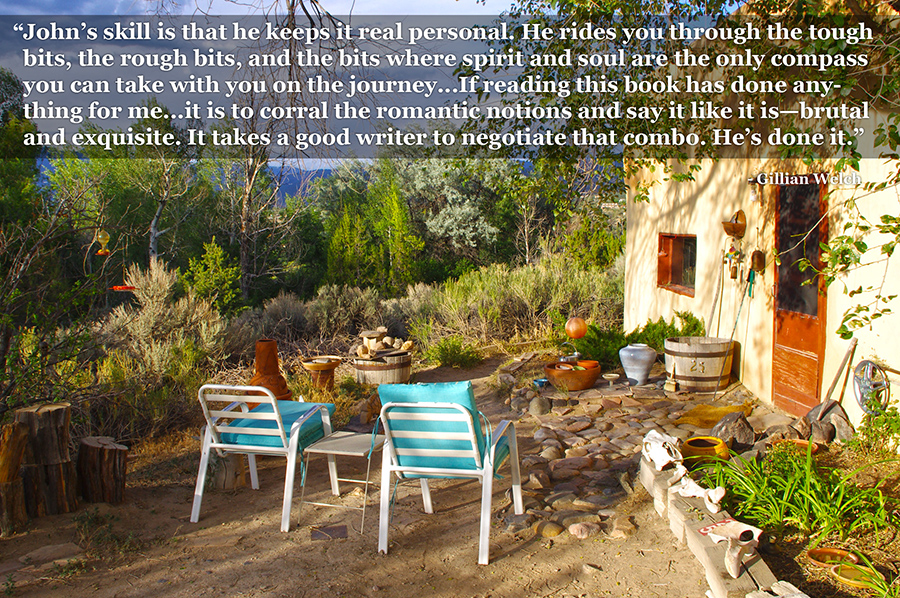 The old rented adobe, home for over a decade 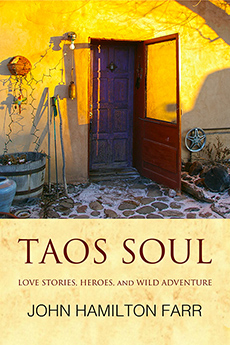 “It was Friday afternoon, and the post office was full of Indians. Maybe it was like that every Friday, I didn’t know. But there they were, old women mostly, and many of them seemed not to have seen each other since the last time they checked their mail. I stood in line and waited forever. The holdup was an Anglo family of four getting passport photos and applications. (The Indians all had P.O. boxes and didn’t need to wait.) In front of me was a tall white man with short hair and a jeweled stud in his left earlobe, wearing a long black leather overcoat. The Pueblo women were five feet tall at most and moved around like a slow river. I felt like I was in another time.”

That’s just the opening paragraph. Part memoir, nature writing, black comedy, confession, and journal of spiritual discovery, TAOS SOUL: Love Stories, Heroes, and Wild Adventure ($9.99) is a collection of 62 true stories about a passionate struggle to survive amidst extremes of weather, spirit, and the intense tri-cultural energy of northern New Mexico. The thematically arranged chapters cover the period from 2005 to 2010, beginning six years after my wife and I moved from the quiet Eastern Shore of Maryland to the terrible beauty of Taos.

What’s it like to live in an old adobe house at 7,000 feet with only a wood stove for heat and coyotes howling just outside the door? Have you ever hiked or driven where no one would find you if disaster struck? What happens to your marriage when your wife moves 1,200 miles away? And what happens in your heart, living on the edge where all of this is true?