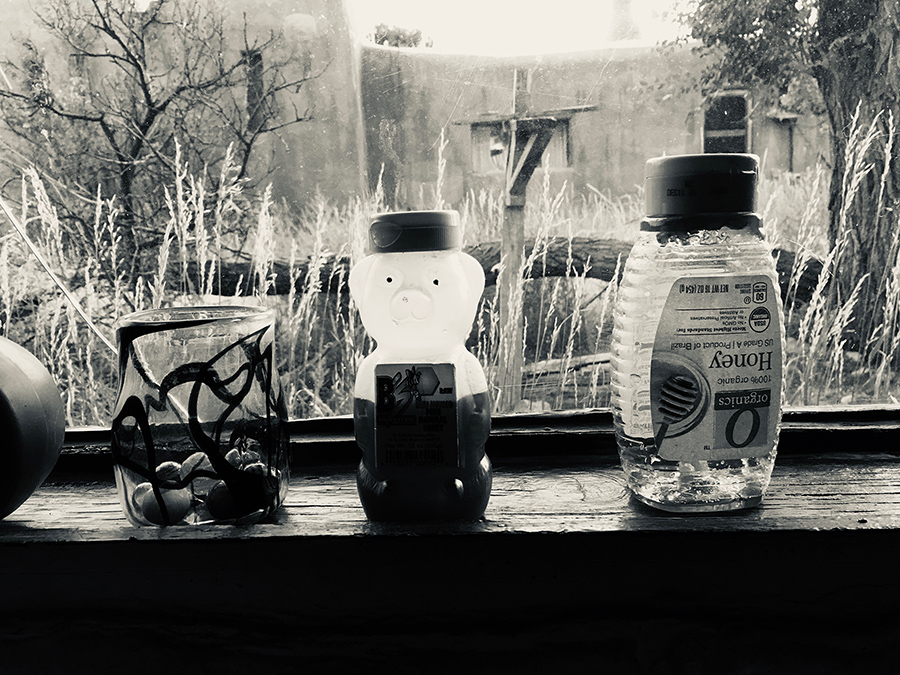 Sometimes I think I invented this life so I could write about it. Once I had the thought that everything that ever happened to me was “like holy fire raining down,” and all I ever had to do was tell the world. That was in the bathtub on the second floor on Still Pond Road where I could raise my head and see the maple tree.

Yesterday felt like the first day of fall. A breezy 72° at noon, but downright cold inside. I put on long pants around four, first time since May. So much uncertainty to rise above. I told my wife that this is heaven, boom, right now. Like she hasn’t known since she was three years old in Wall Lake with her yaller hair.

“We’re going to have to buy some firewood,” I said. “That’s depressing.”

“It’s too soon. Not when we’re trying to buy a house!”

Just what I wanted to hear. Meanwhile I had set up a second visit to the adobe farm house in Vadito, the one with the old adobe barn converted to an art gallery. The place with the beautiful front yard where we sat beneath the ancient apple trees while traffic zoomed by on the High Road. The three-acre property with the two-stall stable, a chicken coop, garage, and workshop. Green grass and giant lilacs, a home the closest yet to what we sold in Maryland 20 years ago. The thing kept nagging at me, like I couldn’t let it go, and how could I gain closure. This time we’d meet the owner and be shown inside. I figured that the 30 minutes it would take to drive over the pass at 8,500 ft would disabuse me of the notion we could totally change our lives and make a new home in a mountain valley just because there was this house that you could never touch for twice the price in Taos.

We went over everything this morning. The panic before getting out of bed, the lack of answers, the need to take care of ourselves. The hurt we’ve put up with for too long. The needless injury. And then that house. The distance. The only way the thing could work was if you just lived there: surrender to Vadito and Peñasco, plug into the culture of the mountain valley where the only tourists pass on through. This is what you do, not drive up and down the switchbacks on a January day with snow and ice and shit unless you have to. Not for coffee, bread, and toilet paper or a dentist.

This wasn’t who we were, not now. It was four hours before we had to leave if we were going just to satisfy our curiosity. I thought about the pass, all clean and lonesome, wind hissing in the pines. A gorgeous drive. By late afternoon it’s cold up there and I was chilled already. I realized I didn’t want to go and neither did she. Even with the charm and soul and all, the real me wasn’t falling for it and I pulled the plug. How I love to cut through pre-arrangements when they don’t feel right. “You’re good at that,” she said…

As Johnny dodged the big one, once again.