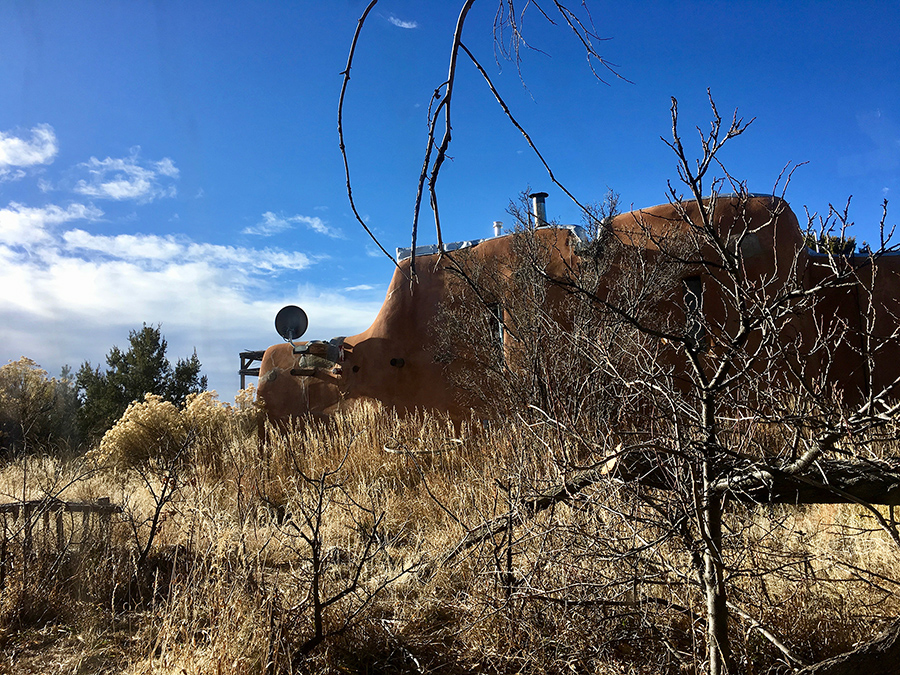 Another pack rat in the trap beneath the sink! That’s three in a week without changing the peanut butter bait: just toss the carcass outside for the magpies and coyotes, reset the trap, and put it back right where it was. Economical and efficient.

Moving right along, I heard a gopher two nights ago on the other side of the wall—that would be the tiny bathroom in the dead landlord’s apartment—while I was taking a bath in ours. (Sounds like a bit of gravel dribbled in a box.) The gophers burrowed into the closet-sized space last year. What I think they do is excavate some more, push the dirt ahead of them into the room, and exit through a tiny open window that I thought I’d closed when I first discovered them. A gopher conveyor belt, if you will. At the time, the debris was piled up almost to the level of the toilet seat—not kidding here—and spilled out into the studio apartment when I opened the bathroom door. It was one of those things you’ll never see again. “My God, where did all that dirt come from?”

That was then, but I knew what I’d heard. I walked around the outside of our building to check the window, hoping against hope that I was paranoid, and found that it was open once again. The little bastards. The only way to latch it was from the inside, where I wasn’t going to go without a magic amulet or gun. Instead, I grabbed a dispenser of Elmer’s Professional Carpenter’s Wood Glue, squeezed the whole thing out into the window frame, jabbed a screwdriver into the window to pull it almost all the way closed, and glued the motherfucker shut. From outside the house, no less. What will happen now, see, is that any gopher entering the bathroom via the secret tunnel won’t be able to leave without running into another gopher headed in the other direction with its own new pile of dirt. I guess they either work that out or one of them gets stuck and dies. How many times has this occurred, I wonder, and do you see what I just wrote? Oh my. This place, hoo boy. The inner and the outer.

I have a cyber-buddy who rails at me when I go on like this because we haven’t moved and he’s allowed. But we’re out of here already in our hearts and minds. I’ve even started “packing”—the dusty boxes by my desk attest at least to good intention—and begun to say goodbye. I appreciate the mountains and the privacy but don’t identify as much with the “predicament.” Instead, I focus on the view, clean floors, and central heat of wherever we’ll be living next with all our things, financed by the books I know I’ll write. Getting to this point has been “the reason,” obviously.

Perhaps you’ve noticed I’ve been quiet. That’s because I really don’t want to write about my life the same way any more. Maybe not at all! Feeling good now, in the moment, is a real thing one can do, and here we are.