Living Through the End of Empire 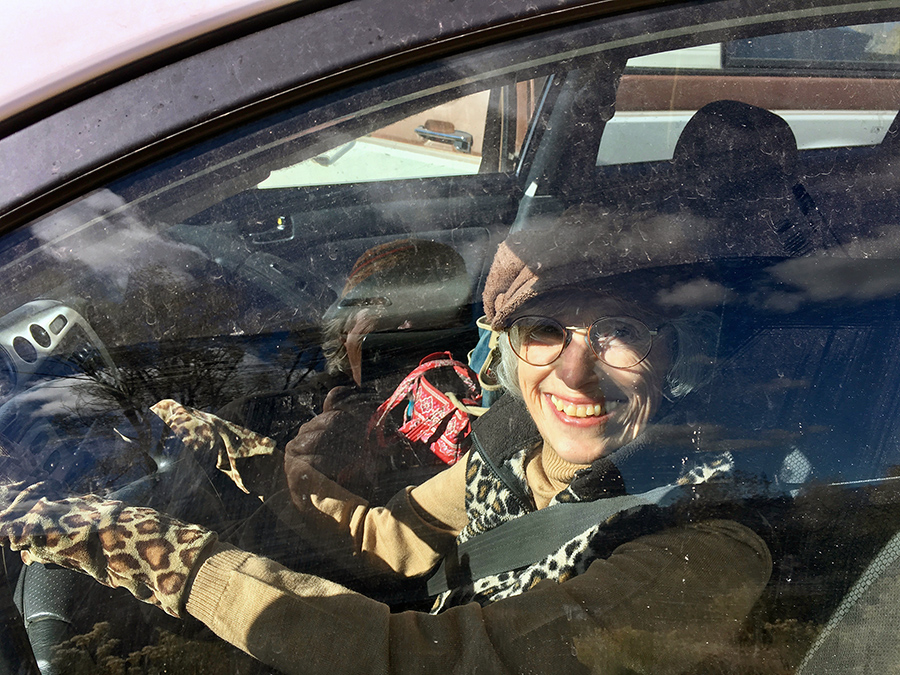 Post-breakfast, heading to the studio

The love pours out of me. I’ve always said I loved her, but this is different. It’s as if a dam has broken. I can feel the channel widening as it flows. It started when I realized I had a choice, when I pulled my attention back to what was right in front of me. After more decades than most of you have been alive, I almost feel all right.

Her father wrote, edited, and published a small town weekly newspaper in western Iowa before she was born. A one-man operation. She needs a paper in the morning like she needs her tea and breakfast. We used to have a subscription. But the Santa Fe New Mexican, our paper of choice, has a hard time finding people in Taos to deliver, so the carriers run the show. (“Too far!”) The last one hit upon the strategy of only delivering every other day—if that—until we canceled. (I called each time and they were nice, but nothing happened.) Now she drives six miles round-trip to a gas station mini-mart before breakfast just to buy one. The carrier only brings half a dozen copies to the store and doesn’t always make it.

She wakes before dawn and sometimes worries. I either know when she gets up and slide my body over to the warm spot or I don’t. Half awake, I hear little noises from the kitchen as she cleans the cat box and makes my coffee, then I fall back to sleep. The island of silence finally rouses me while she’s on the road. I stumble out of bed to build a fire before her headlights flash across the wall.