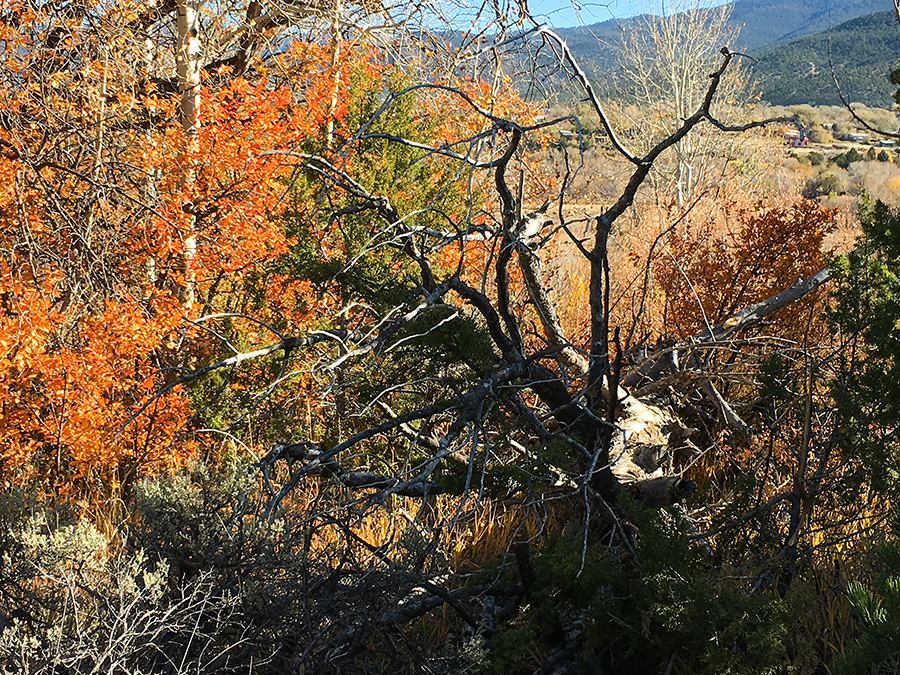 This giant dead aspen fell down recently. I’ll burn up what I can.

What in the name of all that’s holy is that? The sound outside our bedroom window woke me up at 4:00 a.m. on Thursday night, the same loud bark-bark-moan, half a dozen times. An animal? A lunatic? An entity spawned from bloody karma on this ancient hill where arrowheads and spears pierced human flesh? The “barks” were gruff and hoarse, as if from someone who thought he were a dog, the moan that followed like an uninflected bellow:

I slipped quickly out of bed and grabbed my flashlight, careful not to turn it on unless I saw some movement in the waning moonlight, lest whatever or whoever it was become aroused and end up pounding on the door or worse. But there was nothing to be seen. Last night it happened again, two hours after midnight. More than anything else, I thought it sounded human, maybe twenty feet away, but I saw nothing in the gloom.

A bear? A barking cow?

Every word of this is true. I wonder if we have a ghost.