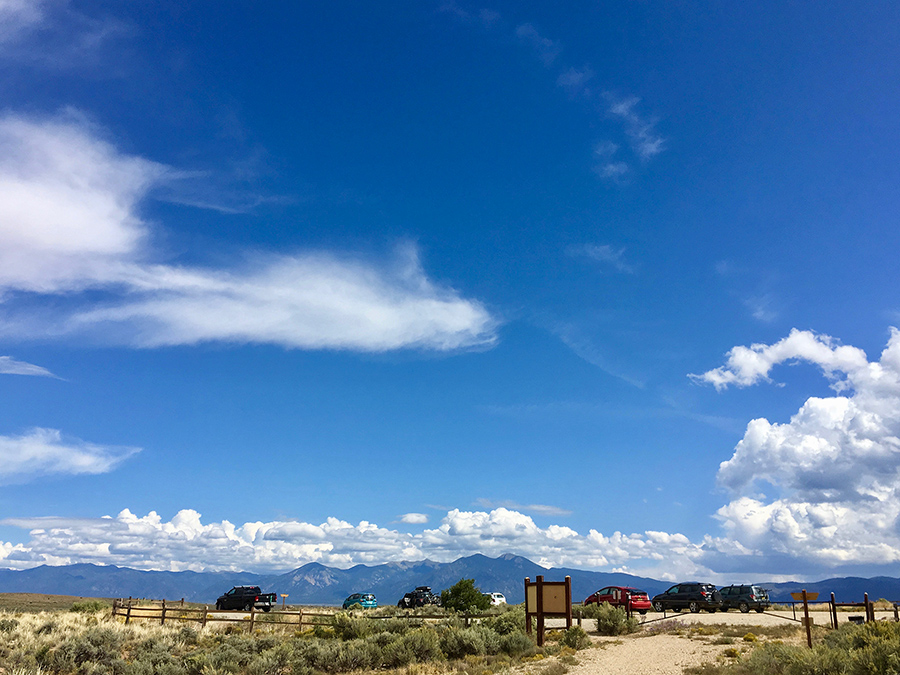 When our 2007 Pontiac Vibe was new, it had a tinted windshield—one without the shaded band across the top, what I call “clear”—but that was quickly cracked by stones thrown off the tires of cattle trucks in eastern Colorado. When I went to Santa Fe to have it replaced, the shop installed a shaded one instead and I felt bad for weeks, as was my wont. A lot of people like those, by the way, my wife included. But I had gotten used to seeing big views through the windshield—a point of pride in our new car—and thought the heavy shading was distracting.

Never mind, it’ll just get broken on another road trip, I’d tell myself, and sure, it costs a bunch, but then we’ll have a clear one back again! Except we never did. There were other road trips and other rocks, but no damage bad enough to warrant replacing the windshield. I got used to looking through the narrow view slot of the shaded glass, and life went on.

Then last winter something changed. As if by magic, the dreaded “Taos crack” appeared along the bottom edge of the windshield on the left and slowly worked its way across. I was more or less content to watch the inevitable unfold until the crack extended upward into my field of vision. My wife said fix this, please, so four months later I sprang into action and ordered a new windshield from a local auto glass shop. The tinted one, of course, the one that I call clear. It was supposed to come in by the end of August. (Those are “special order,” see, because apparently the whole world wants to look out through a windshield with a silly blue band across the top.) I finally called on Friday to see what was going on. “It’s still back-ordered,” I was told, “but we have a shaded one in stock…” I demurred and told them I’d keep waiting, thank you.

New Mexico is sky. The mountains are just window dressing.