Bighorns By the River 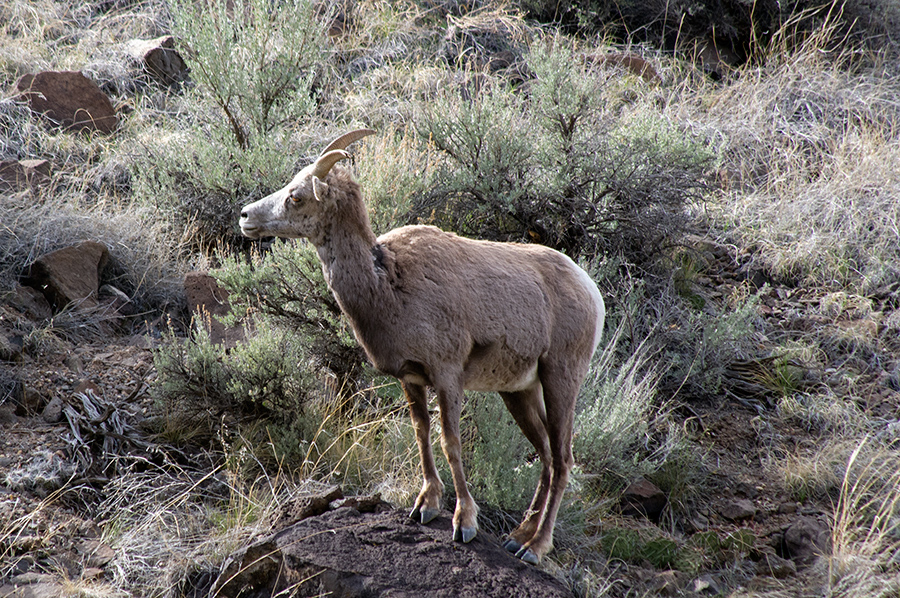 What a privilege to be here

We were driving along the Rio Grande a few miles north of Pilar at the southern end of the Rio Grande del Norte National Monument when we spotted about a dozen female bighorn sheep in two separate groups, one of which was moving down toward the river to drink. After parking in a day use area, we followed a meandering path through dense growth, emerging at a sandy beach by the water’s edge. There they were on the opposite bank, walking slowly in our direction! We stayed and watched a very long time. It was totally enthralling. They were close enough to hear the shutter clicking on my DSLR and turned to face me several times, but that was all the notice they took. I wonder if the river between us kept them calm?

This spot is less than thirty minutes away from the house. That’s the way it is here, drive a little ways and living Nature bites you in the ass. It boggles the mind, I tell you. In most parts of the world, you’d have to be wealthy and own a bunch of land to see such things with no one else around. Here you can be poor and crazy, driving down the road—there’s almost never anyone else around, and stuff just happens. I told my wife that this encounter was very much like when we went up to Colorado to see the cranes. It’s a spiritual experience. There’s a definite high, an altered state of consciousness. and you know you’re connected to something greater than yourself. It grounds you and straightens you out. If you’re lucky, the reverence stays with you for the rest of your days, and you instinctively do the right things.