The Winter It Didn’t Snow 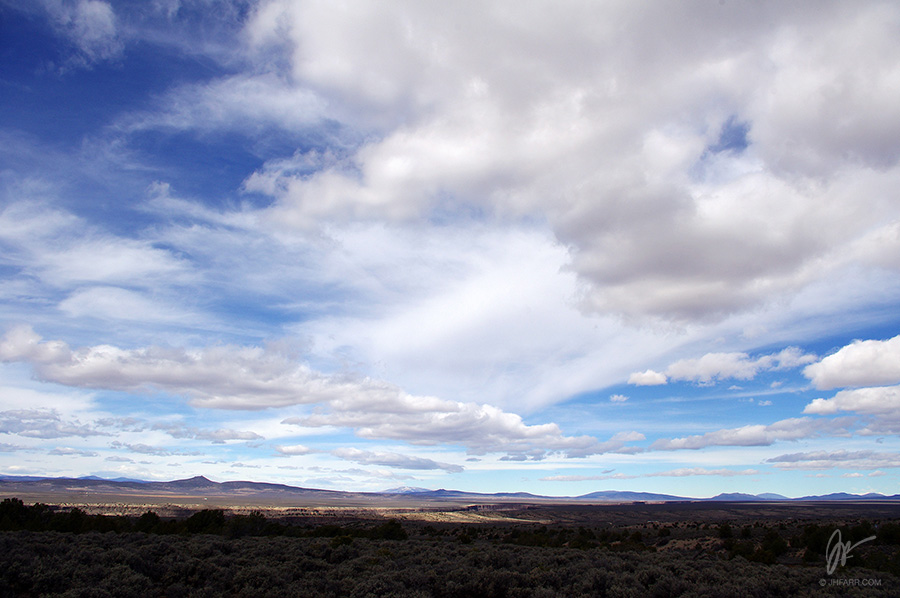 One tends not to complain in February when the daily highs run ten to twenty degrees above normal under big blue skies. I took this photo on Friday, when I was hiking in my shorts! This is more than passing strange, however. It snowed hard once back in November and again in early December, if I remember right, but ever since we’ve only seen a couple of dustings that disappear by noon. Those don’t count, except in Texas.

I don’t have anything sensible to say about this. Living in the moment means I love it. Thinking about wells going dry at some point is for others, not anyone I know here. It’s happening elsewhere, though, and drillers are riding the edge of a boom. In the Imperial Valley of California, for example, you’ll have to wait a whole year to get your well re-drilled. Just a temporary fix, of course.

It’s supposed to be 63 °F today. Yesterday the high at the Albuquerque Sunport was 70 °F, the average daily high for April 20th. Only nine weeks early, in other words. Right now, in February, is when New Mexico usually receives the most precipitation (in the form of snow), but nothing’s happening. No wagon trains headed east, either.

We’ll just have to see, I guess. I’m putting on my shorts and going hiking again right now. No matter what else happens, I’ll be in shape and have a tan.