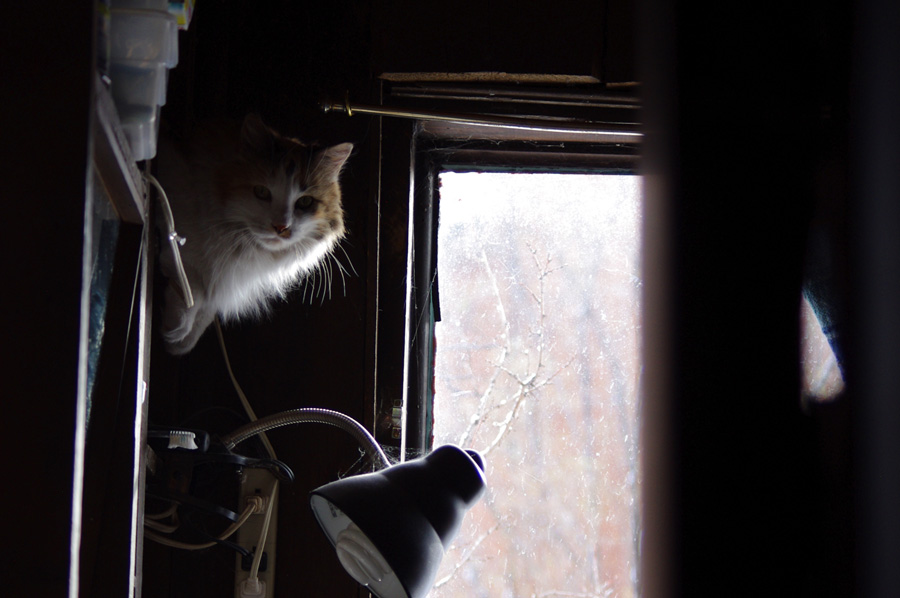 Can’t wait for someone to ask me about the toothbrush

“What’s she doing up there?”

That’s 11 and a half pounds of Callie the Wonder Cat, too. She was up in the highest cubby of the rustic [cough] bathroom sink shelving just as fine as you please. Up where it’s so dusty and scary, we never put anything there. Or had we? A forgotten extension cord, too many spiders. Anyway, there she sure was, and I soon found out why. 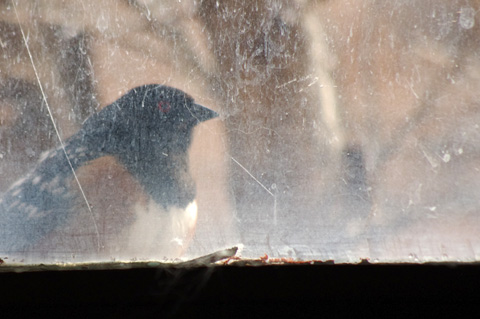 Watch out for his beady red eye

I don’t know which one of them gave up first. The towhee might have battered himself silly and staggered off early. The cat could have stayed up there longer, because that’s what they do. About the time it got dark, she wandered out into the living room and didn’t let on. Nobody ever tells me anything around here, and that’s the way they like it. All this took place in a fine April snowstorm. Nothing to drive us warm-bloodeds more wacko than snow on the tulips and a hard freeze tonight.