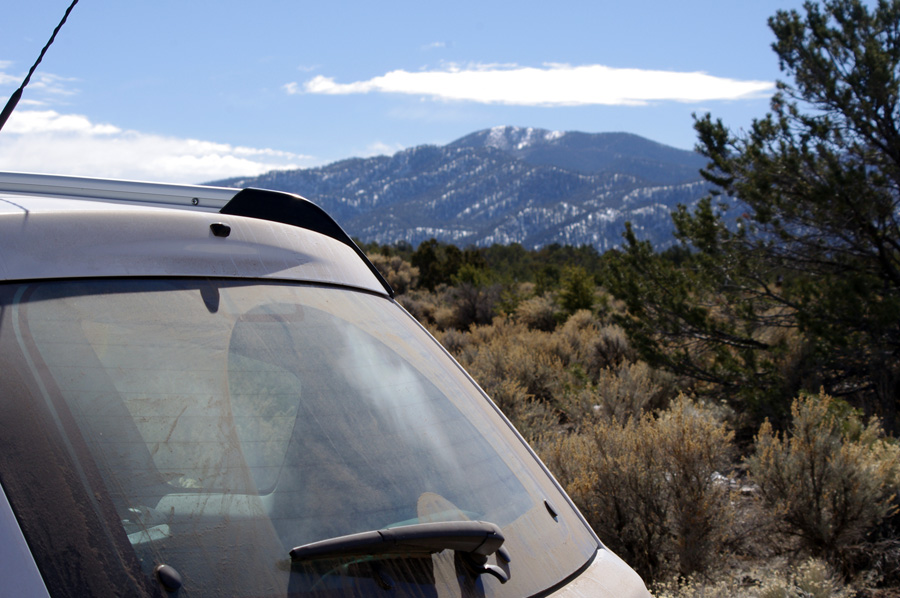 Sunlight and mountains and blue sky and dust

The thing jumped down from coincidence and jerked a rope around my neck: “Uukkghhh…” I think I said, or something like it. Remembering the lovely green life o’ me pasts (leaving out poison ivy, multiflora, deer flies, and sweat), I cursed the day I ever set out for the moon! An old tale with me, I’d do it wherever I was. But that’s not what happened again.

I drove out to Taos Valley Overlook for another hike. The air was clean and cold with a good stiff breeze under a strong sun. I walked three-and-a-half miles as fast as I ever have, breathing great gouts of that incredible stuff: the AIR! It alters your consciousness, I swear it does, and carries mysterious energy. By the time I got back to the parking lot, I was sweaty and wrung out but still shooting sparks. On the way back to town, I saw Taos in the sun at the base of the mountains and thought, well damn, it is beautiful. (Now, how did they do that?) And then I realized it wasn’t Taos per se but the setting, of course: the unfathomable space, the valley, the mountains, blah blah. That which goes BOOM in you somewhere and changes your settings. In the distance, Taos itself looked like someone nuked a great big ole shantytown, and all the shacks and lean-tos and dead cars and wealthy old white people rained down from the mushroom cloud as it spread, all of a tumble with rusty sheet metal, realtors, chunks of adobe, 10,000 horses and too many dogs.

Other than that, though, I liked it.

As I drove into Llano Quemado through a blue-and-tan world with that air and the sun burning down, I went into a hungry New Mexico zone where you see more than what’s at your feet… The rubble of Taos was there but not there, blending into the face of the Earth, and I rolled down the window some more. I was doing exactly what I’d set out to do, and the worst thing would be it could end.