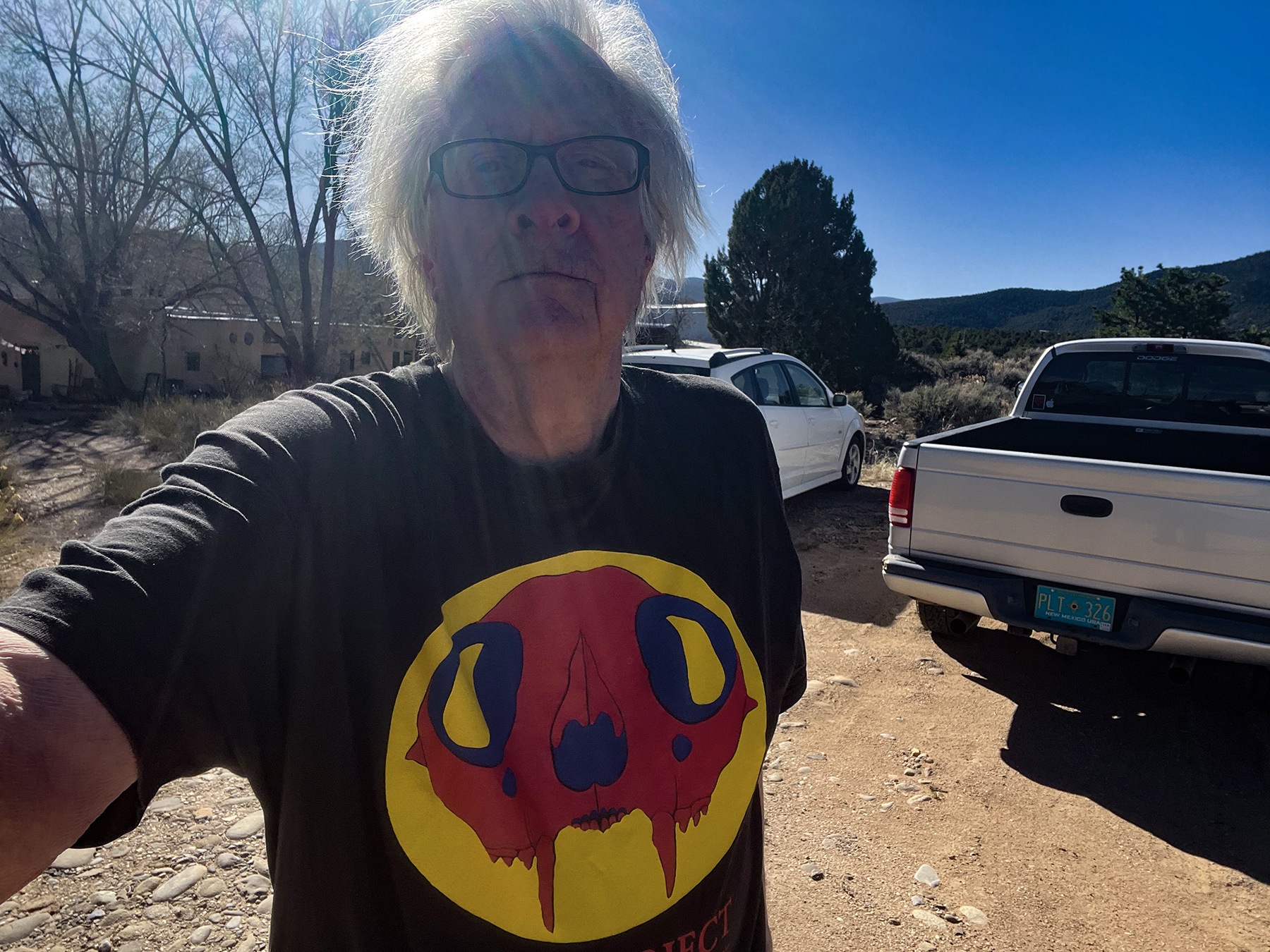 (For amusement only! Not the sum of any man…)

This isn’t a normal bio, whatever that is. I’m moved to share some stories of my early years, however, so take advantage before I change my mind. Little of what follows impinges directly on whoever I am now but some are curious! Onward then with VIGOR, SKEPTICISM, and the reassurance ANYTHING IS POSSIBLE. Our memories are only thoughts…

I was always an outsider. My Air Force brat upbringing saw to that as we changed houses over 40 times. There were elementary schools in MD, VA, and two USAF bases in the Bundesrepublik. I went to junior and senior high schools in TX (three in Abilene alone), MD, and NY, and always got straight A’s. By my senior year at Massapequa HS on Long Island, I thought I might become a scientist like my advanced placement biology mentor. Every English teacher I ever had thought they were grooming a future writer. From grade school on, however, my main interests were exploring wild places, drawing, model airplanes, cars, science fiction, rock and roll, and girls. Making things. I also read voraciously and taught myself to play guitar. It sounds so simple now and far away.

None of these happy signs brought any positive response from either of my parents, although my mother had me take piano lessons for a while (I wanted Jerry Lee not Chopin). No one ever mentioned college. It was if my father had never gone. I couldn’t see it at the time but their concern was mostly money… They also thought I needed “shaping” and probably hoped I’d join the service. That’s why I was caught off guard when my friends at Massapequa HS started applying to universities my senior year. I would not be left behind, however, even though I’d never given it a thought. Entirely on my own then, without a scrap of help from those who raised me, I decided on Southern Methodist University from a pile of catalogs in the guidance counselor’s office because a) it looked like a university, b) I knew my father was moving us to Houston after graduation, and c), SMU had full tuition scholarships for geniuses and maybe I could get one. I presented the whole scheme as a done deal to my feuding parents, who by that time mostly just ignored me. Naturally I won a scholarship, had a brutal first semester, and lost the stipend later.

Just two days before I figured I’d be heading back to Dallas anyway for my sophomore year, my father declared I had to transfer to UT-Austin where resident tuition was only $50 per semester. The family wasn’t poor and could have paid for SMU, but this was moral punishment because I’d spent my meager earnings from a summer job working the pea harvest in southwest Washington state on a guitar … I was stunned. They hustled me to Austin the very next day, got me an apartment share, and left me, boom. It didn’t go the way they planned.

Having Austin and the flagship university of the state of Texas as my home for the next four years (including summers) was transformative, one of the best things that ever happened to me. The universe lay at my feet. I went to foreign movies, love-ins, concerts, and marched in demonstrations to end the war. The underground comic scene exploded and enthralled me. In the process I earned two degrees, won a graduate scholarship to Germany I had to turn down due to Vietnam (long story), discovered sex and herbal sacraments, and hardly ever went back home. Despite the turmoil, it was a fantastic time to be alive. “Guns and butter” hadn’t turned the middle class to debt slaves yet and day-to-day existence was still easy. There was change and hope and music in the air. My younger sister Teresa was an art major who became a wild-ass crazy artist selling silkscreens on the Drag and never once looked back. (She died in 2010.) I majored in Germanic literature and Central European history because I had no sense and it was easy plus I liked my profs. There was slack enough to be a naive semi-hippie weirdo with my older beatnik friends and keep up with the counterculture. Artists, art majors, and musicians mainly, circulating between Austin and San Francisco. The fates had put me precisely where I had to be.

Growing up, my creative interests were well known to everyone but barely tolerated at home because art of any kind was considered frivolous at best or even dodgy. There were attempts to get me interested in baseball and other wholesome enterprises. “We don’t want you to be disappointed,” as my father said years later. Basically I scared them and they tried to kill me. We blundered along and here and there were good times, but family life was quite dysfunctional in ways I came to think were normal. When I was truly on my own after a kind but doomed first marriage and an otherwise pointless junior college job to keep from being drafted, I dropped out to live in an 8 x 16 ft cabin in the Ozarks that I built myself, gave up that winter to move back to Austin, lived two years with a divorced physicist’s wife 14 years my senior, left Austin to move to Maryland where I’d spent my pre-school years, and took up every kind of art there was. I met the love of my life. After Kathy and I got married in 1981 and eventually bought a house, I built a studio with kinetic sculptures in the yard. I won awards in juried exhibitions and had gallery shows. We spent weeks in Mexico, went to Europe on long sabbaticals, took long road trips twice a year to Iowa or Arizona and sometimes both. It was quite a time. We moved to northern New Mexico in 1999.

Be sure to see my Linktree, and thanks for stopping by. There’s more about me if you’re interested.

NEXT: onward to the bullet lists! – JHF